The file itself exposes no real information on my possesses. Initial numbers in the first lines have been written there to fit “zeros” in the end on almost all accounts; i.e. these are fake amounts. Also, some lines were intentionally removed for my own and others’ privacy.

The only real number here is the sum of expenses for the whole trip. It is US$10190 for Feb’11 — Sep’11 (7-month) trip, including rent, everyday expenses, and even my new assets such as Macbook Air, Kindle, etc.

END_OF_DOCUMENT_TOKEN_TO_BE_REPLACED 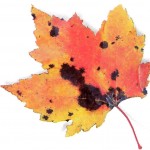 One of the goals of my voyage was a research (not scientific research, of course, but mostly personal, subjective research) on what Canada is for me, what long-term and wide-range opportunities it can give to me, both in life and in work. And as a software developer, I’m very interested in what the Canadian Information Technology (IT) sector is like.

Maybe I am not the best IT professional of all time. Maybe I have no experience in running a business. But I do know the very key point for success of almost any business in any place: infrastructure. Every business is delivery: delivery of goods to buyers, delivery of services to customers, delivery of resources to partners. And every kind of delivery needs an infrastructure: roads, flights, a mail system, Internet, communications, and so on. It needs a cheap and reliable infrastructure.

Before I came here to Canada I was expecting to see some progressive country, a smaller brother of the U.S. What I see here in Toronto is disappointing me very much. The most significant things look even worse than in Russia, where I am from; worse than in that third-world, prehistoric, corrupted “mafia state” with bears on the streets and vodka flowing from the taps.

END_OF_DOCUMENT_TOKEN_TO_BE_REPLACED

I used to buy leaf tea in regular grocery stores in Russia. You know, on one side there are tea bags, on the other side there leaf boxes. It was some kind of surprise here in Canadian groceries to find tea bags only. No weighed, no loose tea. Don’t know why.

If you will ask me what’s the difference, I’ll hit you in your face with my fist. Really. This is obvious. Bag tea is not a tea indeed, it is a sawdust with artificial aroma. Technically, tea bags are made of a waste which comes out of normal tea making process. I drink that sawdust too, so as instant coffe — when I’m in hurry or too lazy. But they are two different kind of beverages.

END_OF_DOCUMENT_TOKEN_TO_BE_REPLACED

Recently I’ve found one funny aspect of myself: I am not okay when everything is okay.

Once in a while, few years ago, I had a very long period of depression for maybe 3-5 years. It was not that medical depression with anti-depressant drugs to eat all the day as in some movies, of course. Just a “writer’s block” applied to a programmer (programmer is a writer in some meanings). Then, once in a while, I decided to stop being miserable, made a plan, and started to implement it, step by step.

That is how I’ve relocated  from provincial Krasnoyarsk to the rich and perspective Moscow. It was not easy for such a hick to move to the capital and almost the only prosperous city in the country. Rent, job, friends, funds – everything was a problem. And I’ve solved them all, one by one.

After 3½ years in Moscow I was as prosperous as the city was. Well, maybe I wasn’t rich businessman or whatsoever — it is just not my field. But as a hired webdev professional I was fine: I could find good job in 2-3 interviews only, I could earn 1.5-2 times more money than average developer earns, I could make a career from ordinary developer to head of department in 1 year (that is surprisingly fast indeed), so on.

At that point I decided life has became too easy, and thus too boring. So instead of eventually growing further, I intentionally invented new big problem for myself. I decided to relocate to another country. What a challenge!